Due to the remarkable outline of the pre-existing stone structure and it being a charming time machine, a rather easy decision was made to preserve its original shape and build on it, as an attempt to blow life back to it.
The building will be used as a warehouse for agricultural material, as a storage place for two water tanks and as a shed for tractors and various agricultural machines. Once the land is back on track, the facility will be enriched with bungalows and other structures in order to accommodate a significant number of tourists.
Concepts that influenced the design were of course the numerous stonework buildings in the area, including the local churches, monasteries and bridges, the local vernacular architecture and of course the castle of Karytaina.
The stone masonry will be held together by naked reinforced concrete. The existing trees of the site are going to be relocated as shown on the drawings and renderings. 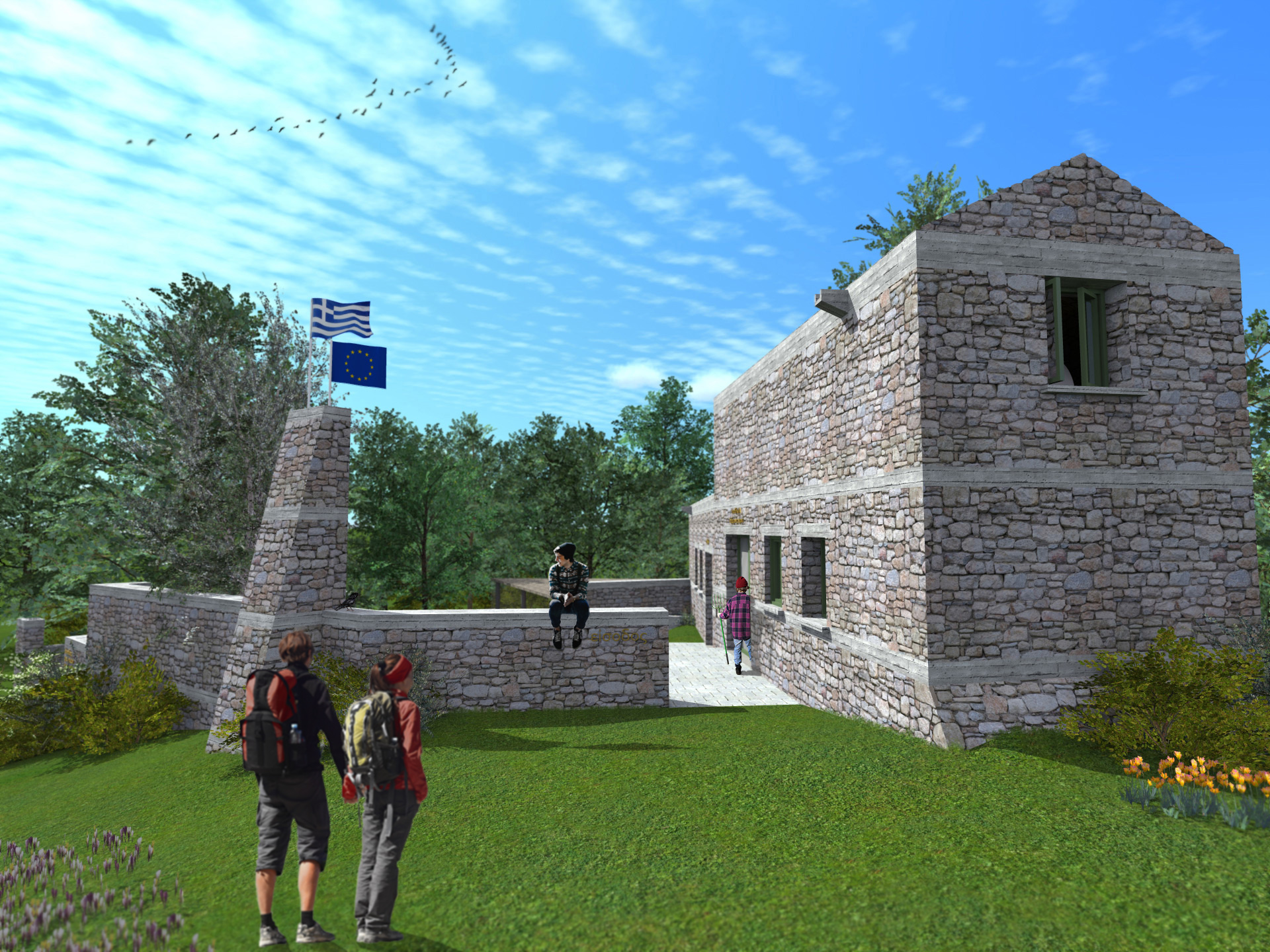 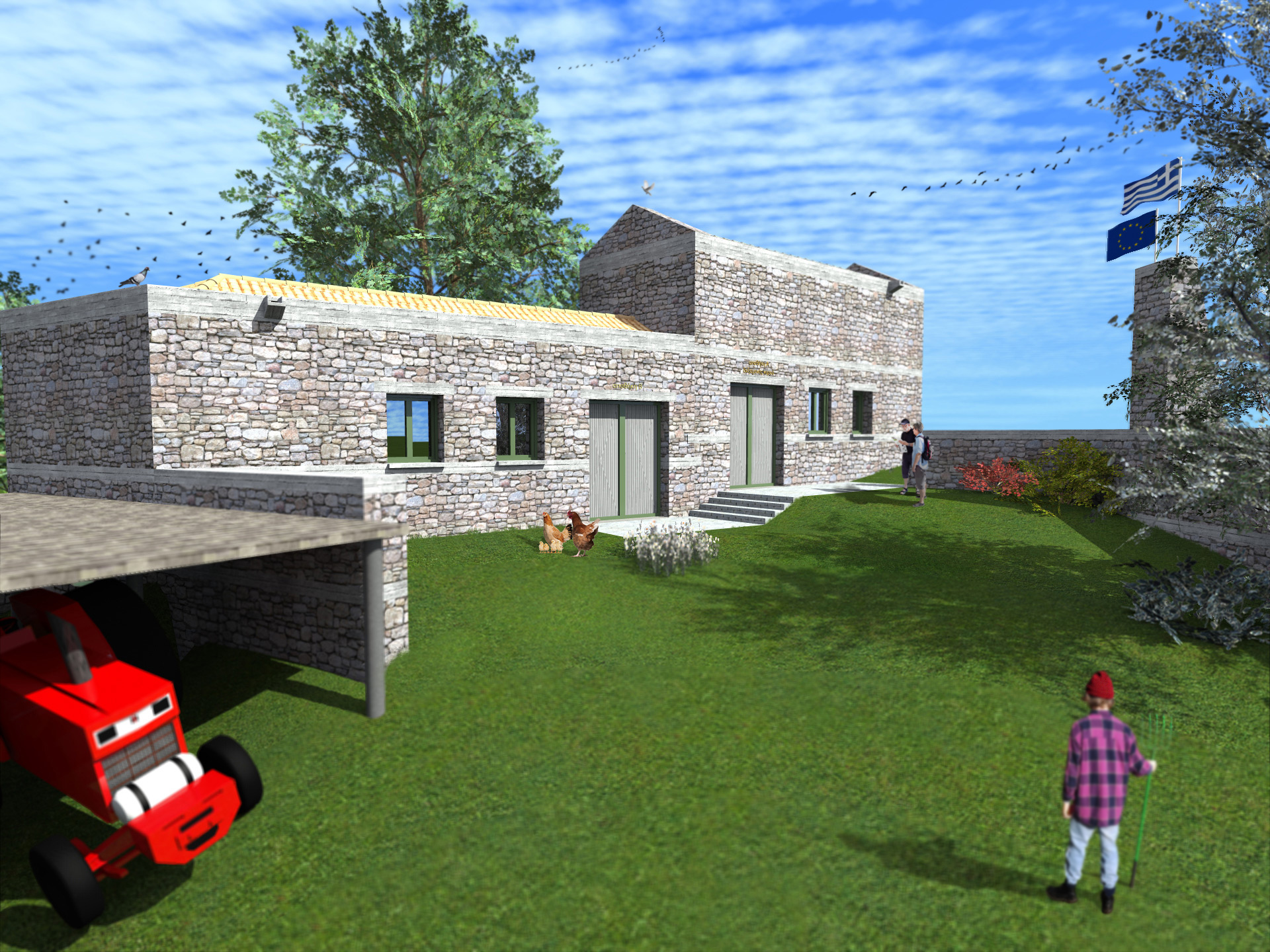 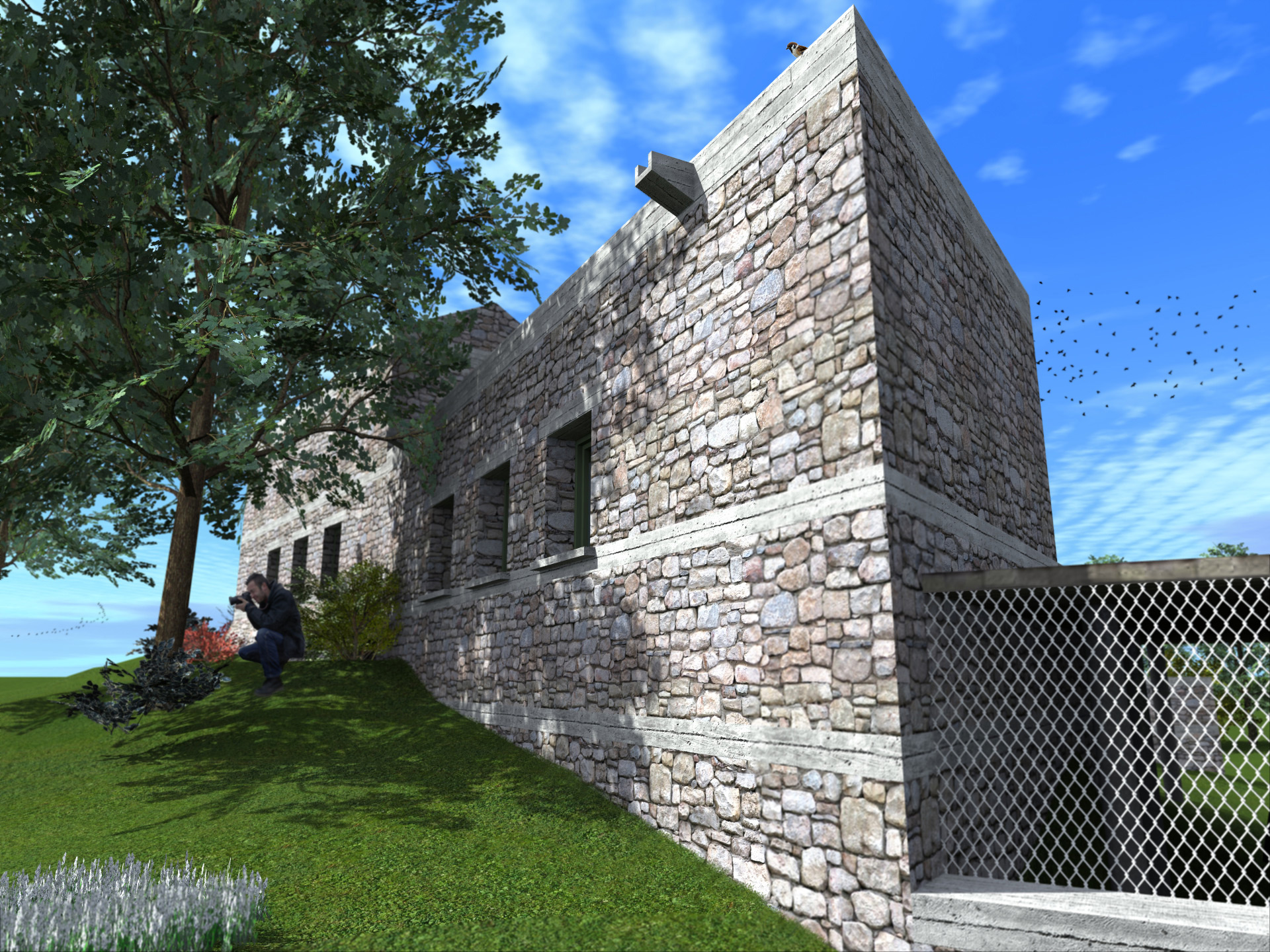 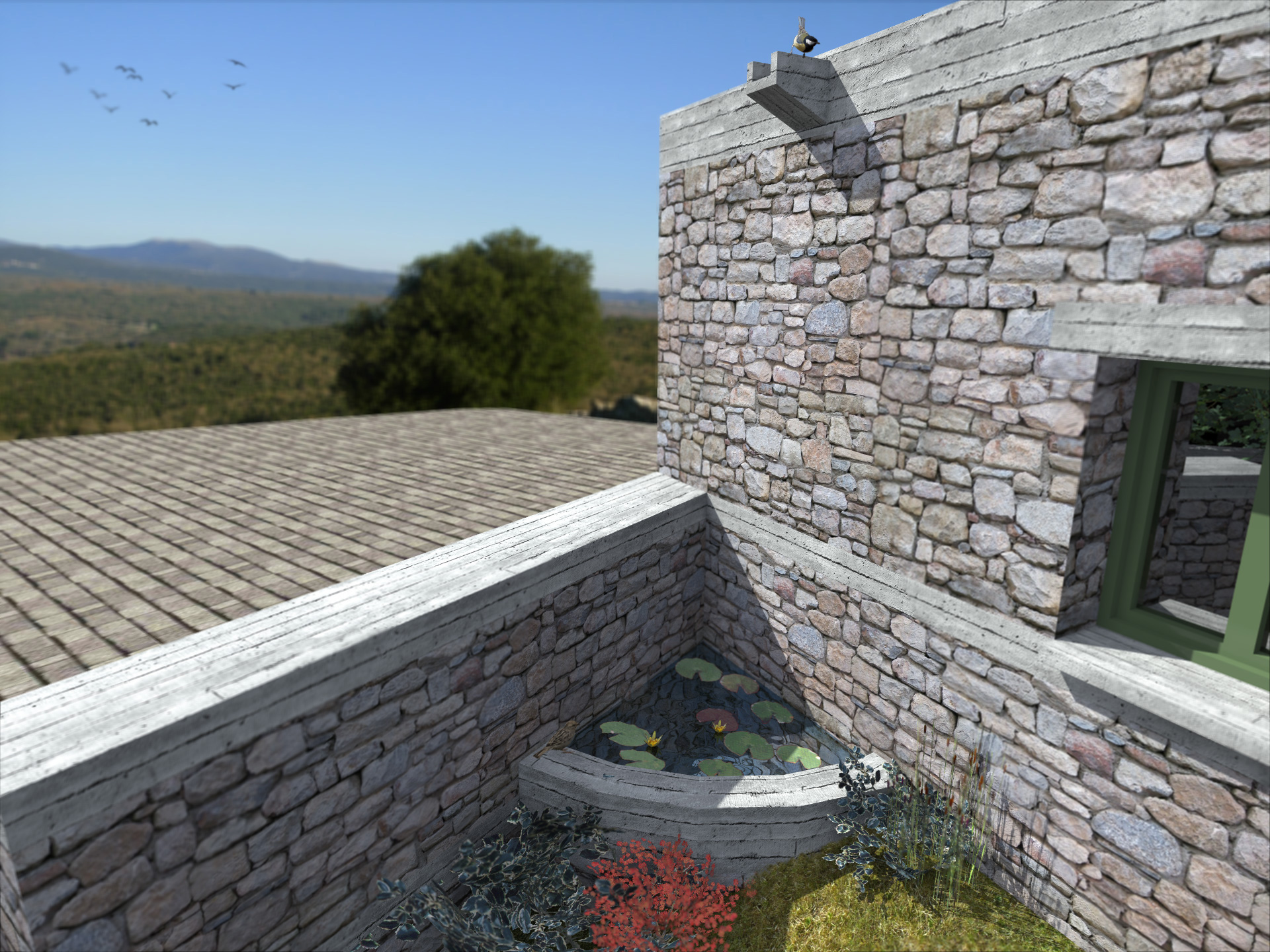 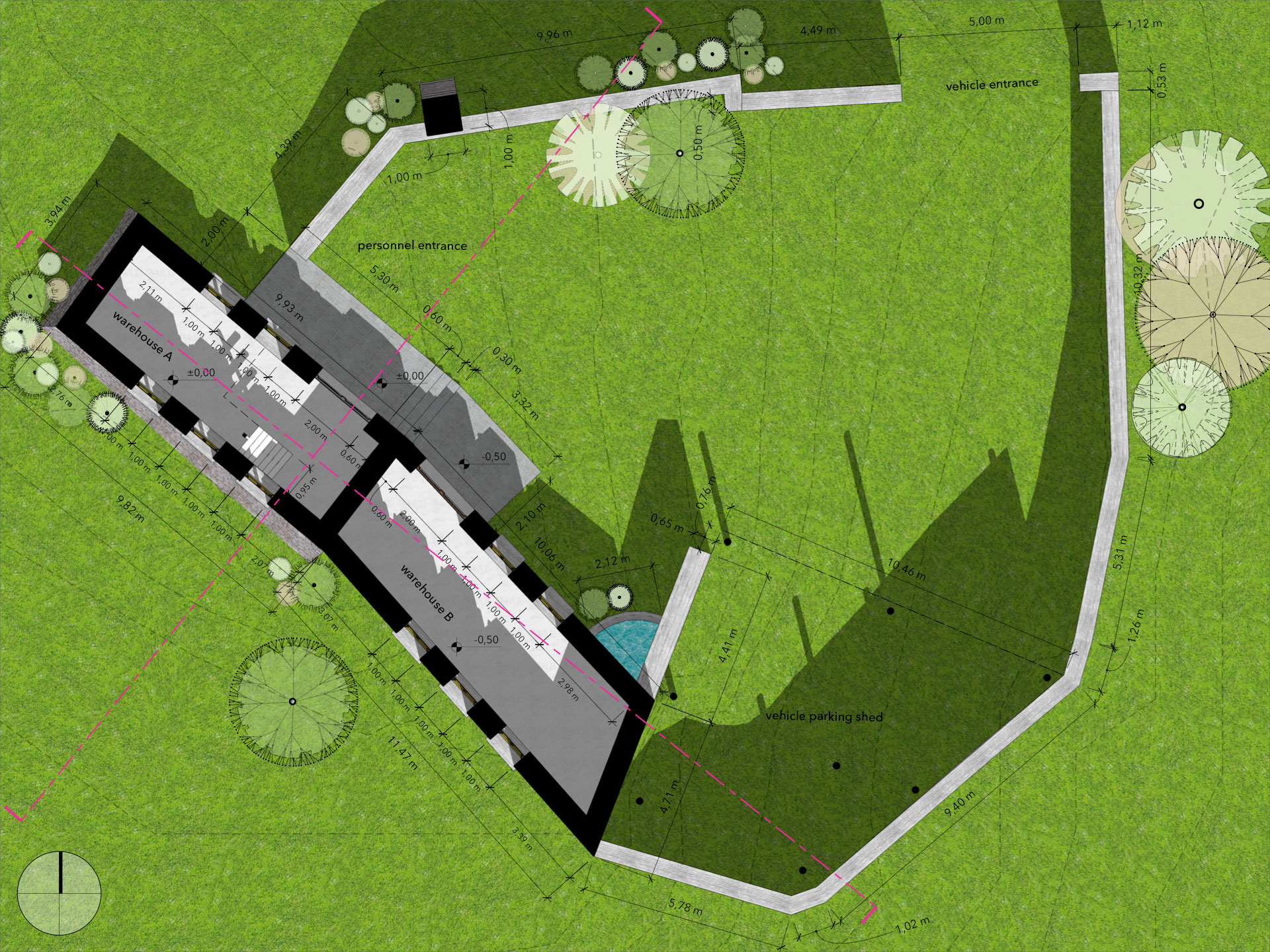 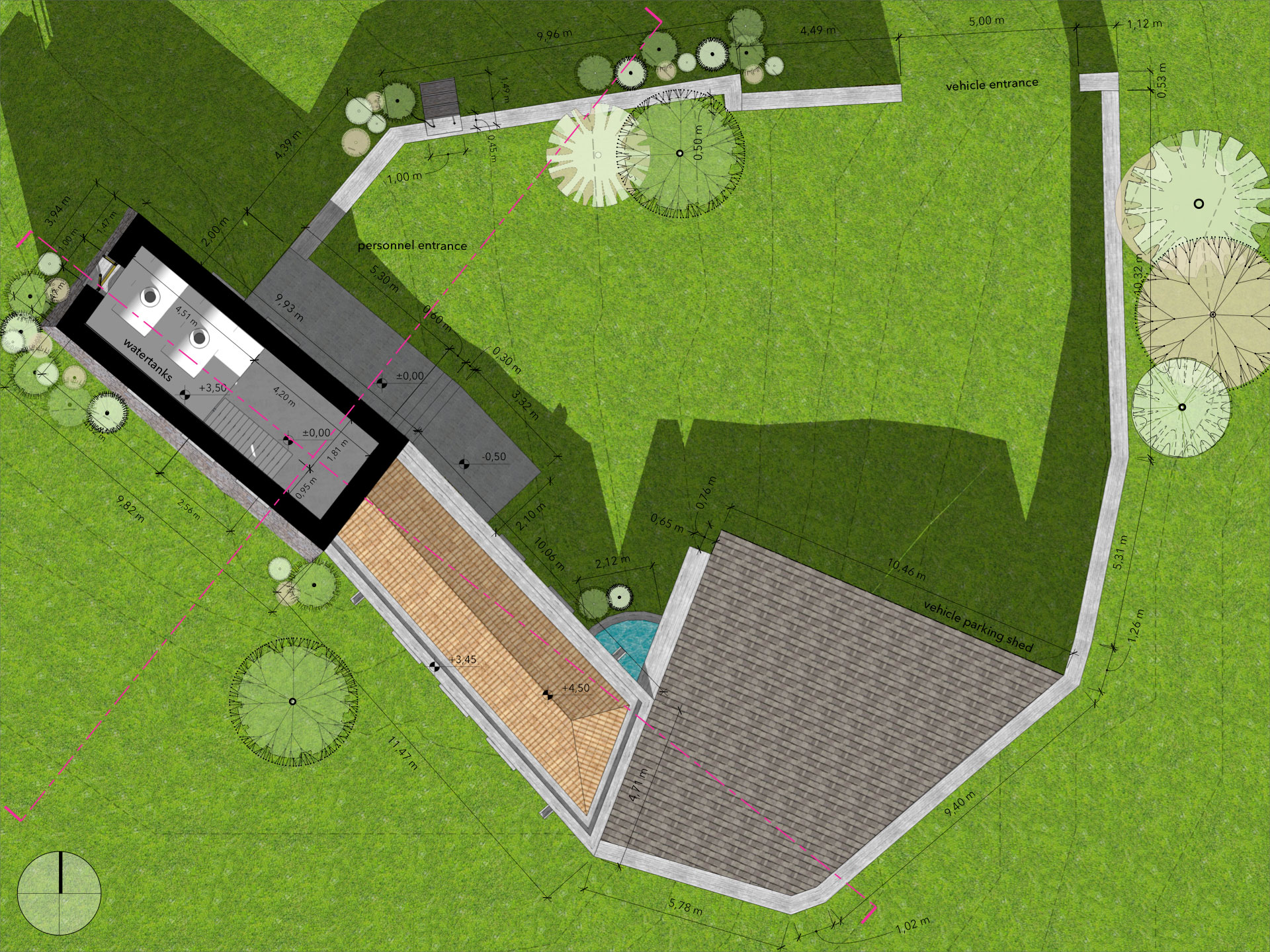 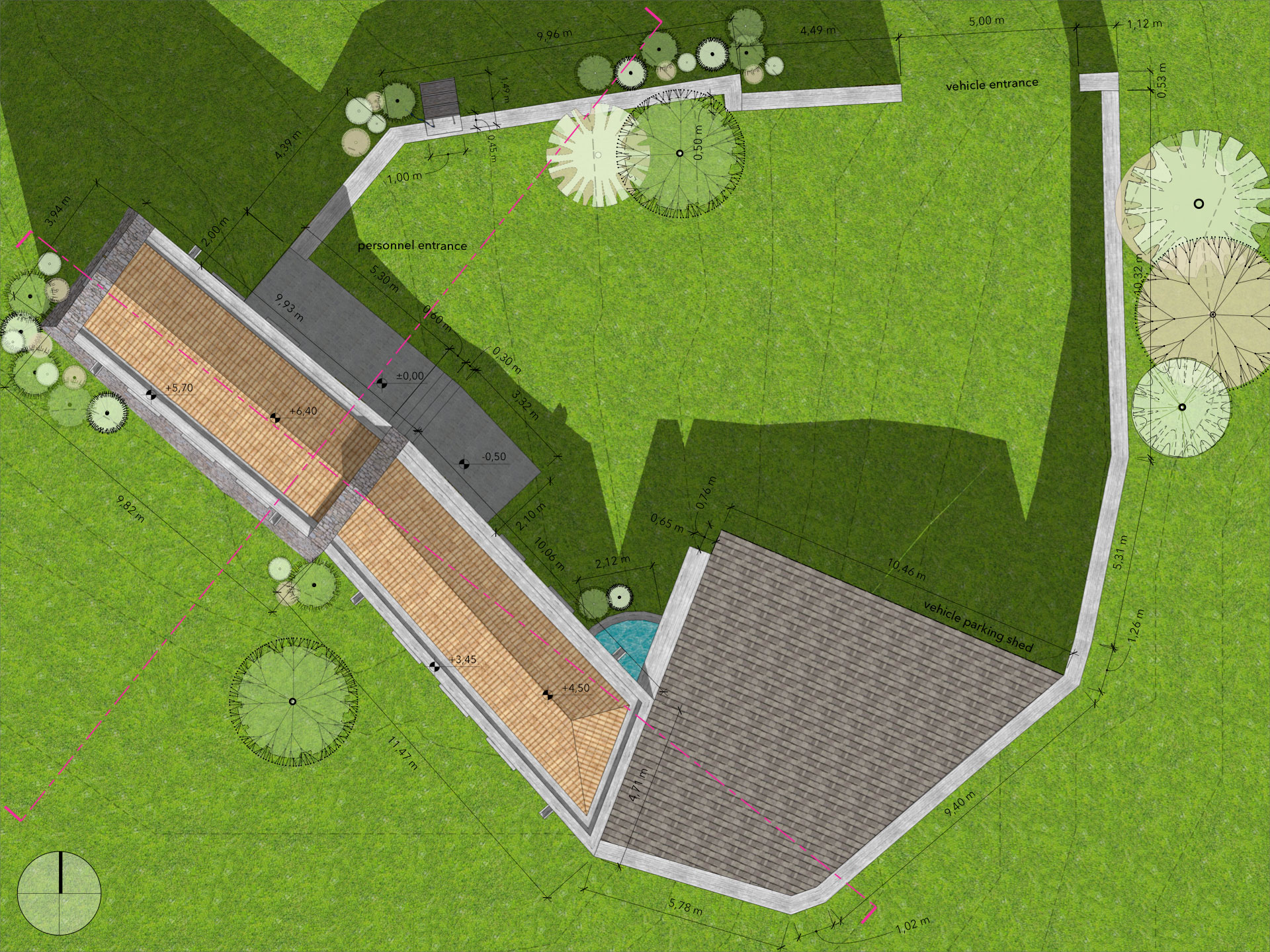 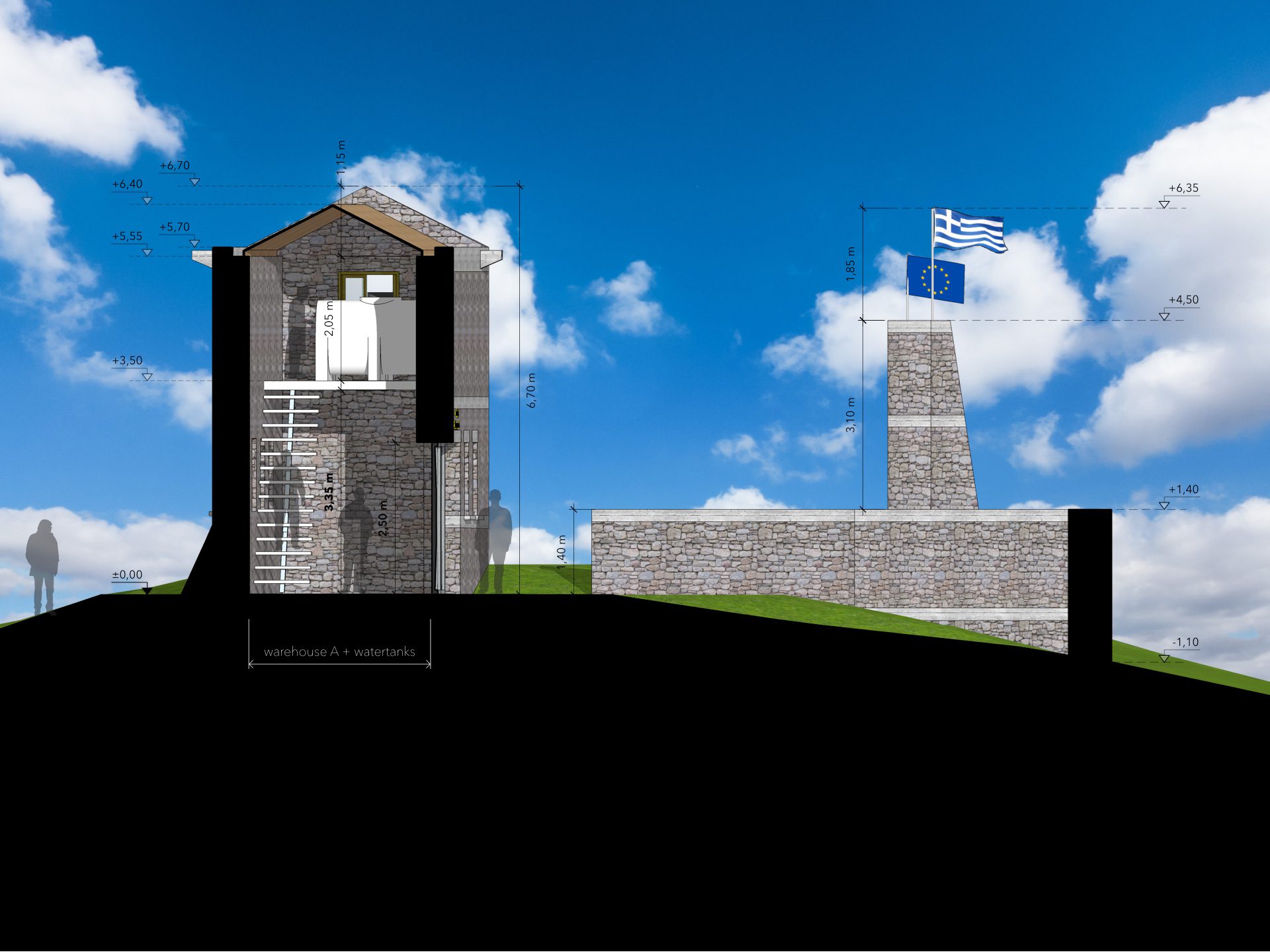 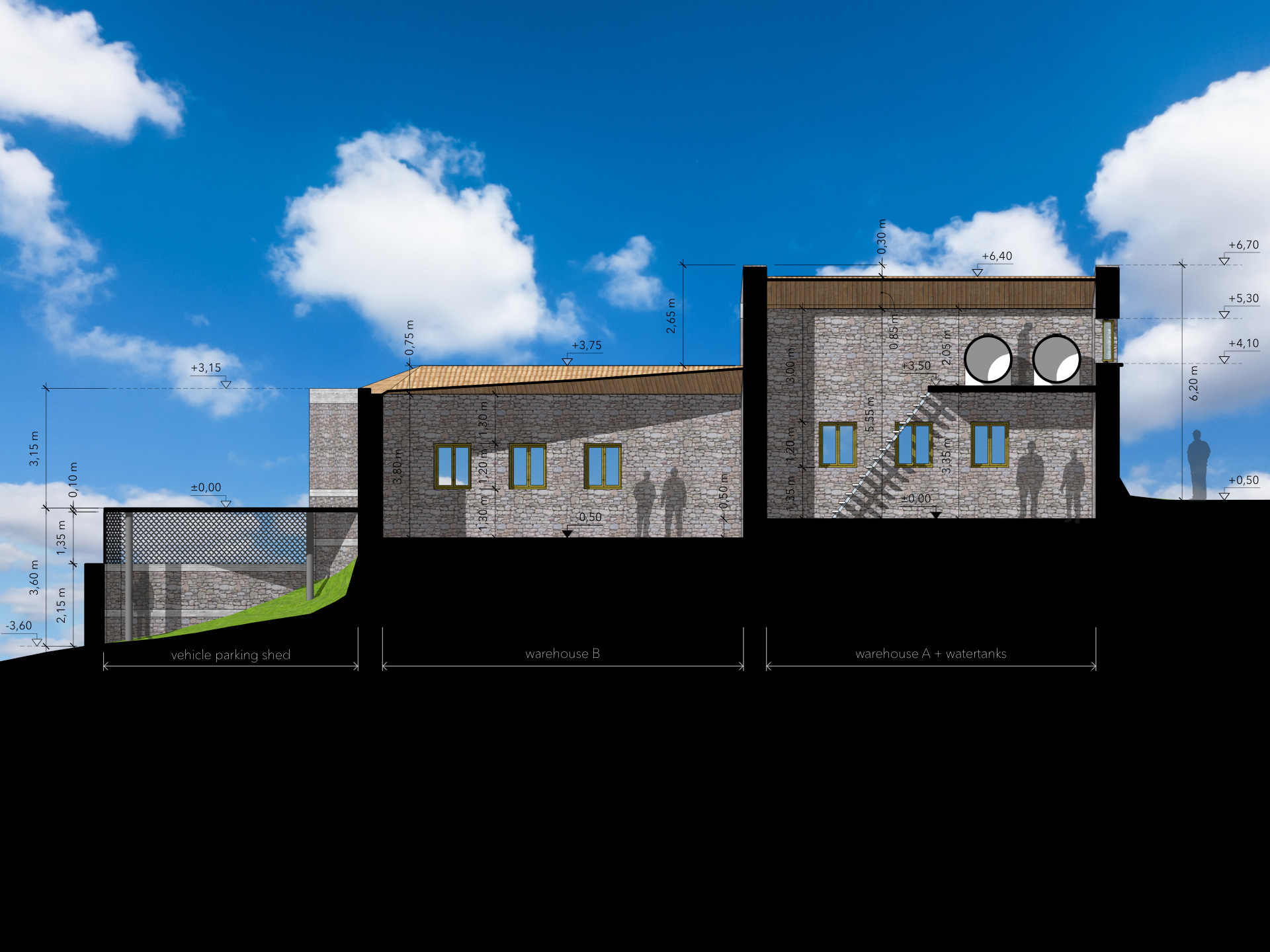 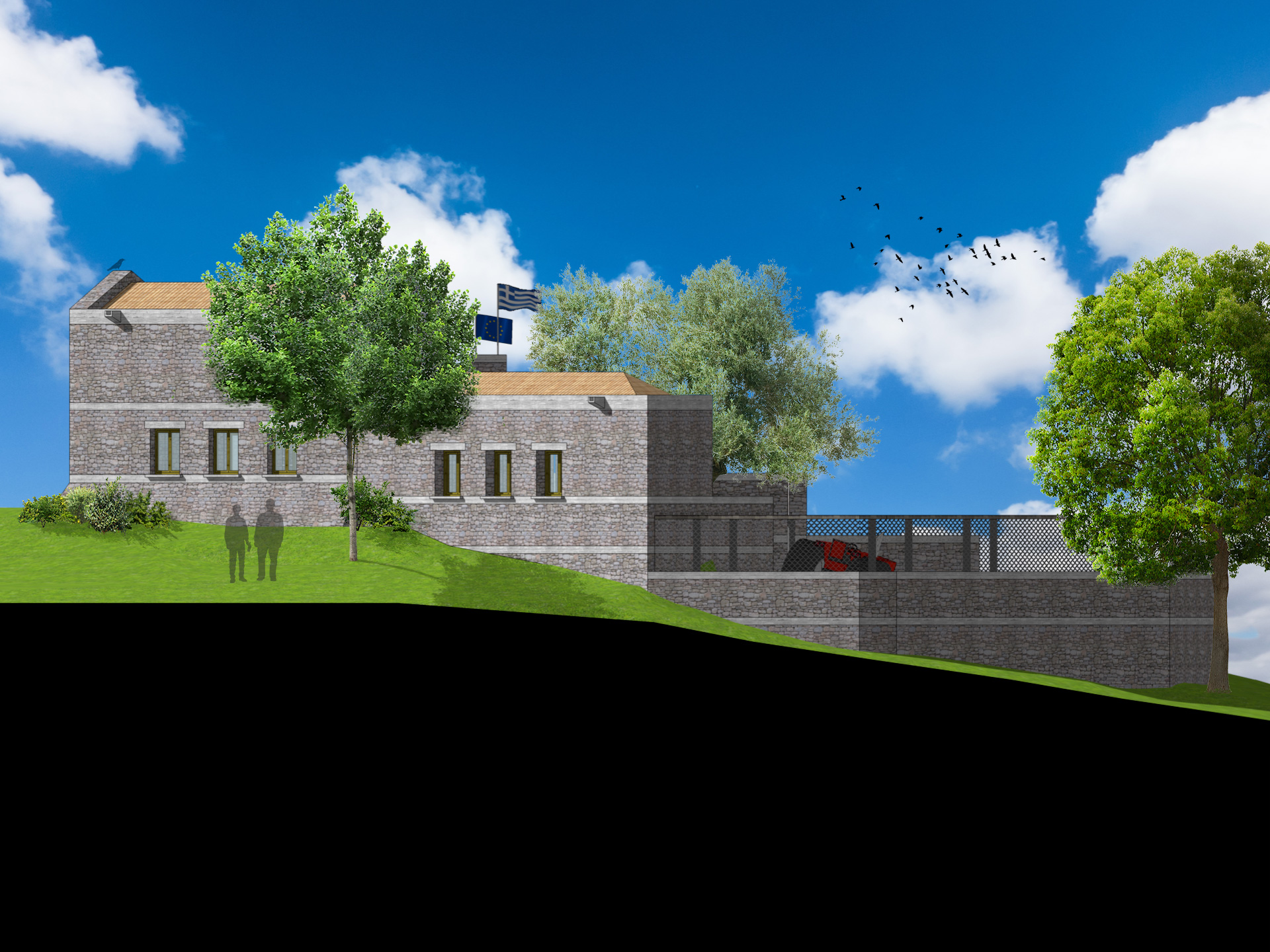 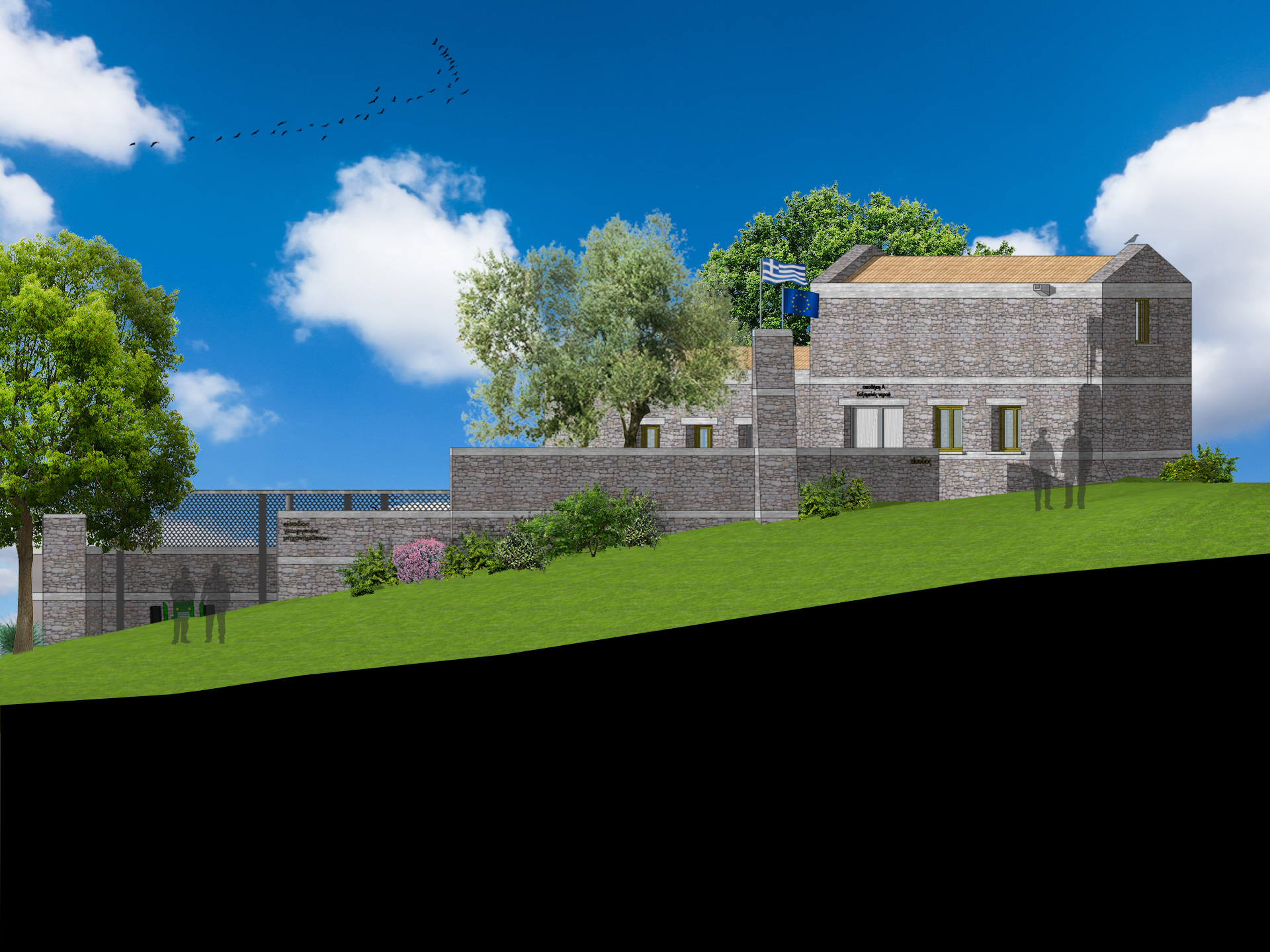 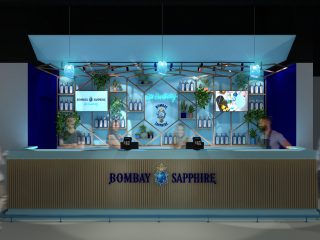