The project began with the design of a rather big bar with a big multimedia screen and metal profiles creating a big frame. During the second phase of the design, the bar became significantly smaller in size and more humble in it’s appearance, due to a smaller actual budget. The third and final phase of the design was the one to be realized at the end, with it’s distinctive 45 degree angles.
The black color is once more predominant with lines of red lighting. Instead of the black metal frame suggested in the design, the front walls of the bar were constructed as a matte black surface. The black Bacardi column was created to define the bar’s space and the space below the staircase was transformed into the back bar.
The bar station configuration for two bartenders, being extremely ergonomic, is designed to the detail and has all the necessary space and conveniences to support even the most demanding cocktail bar. 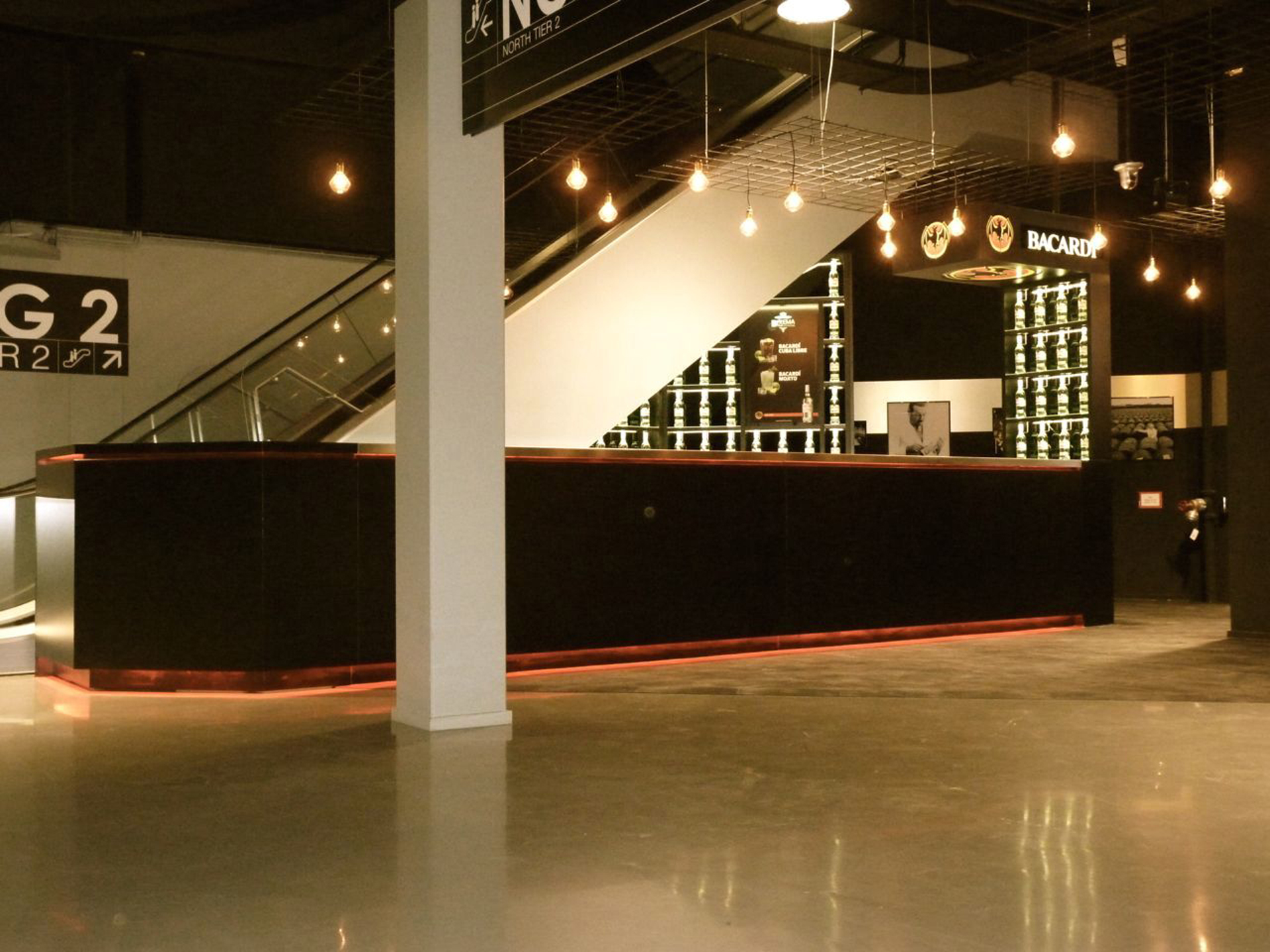 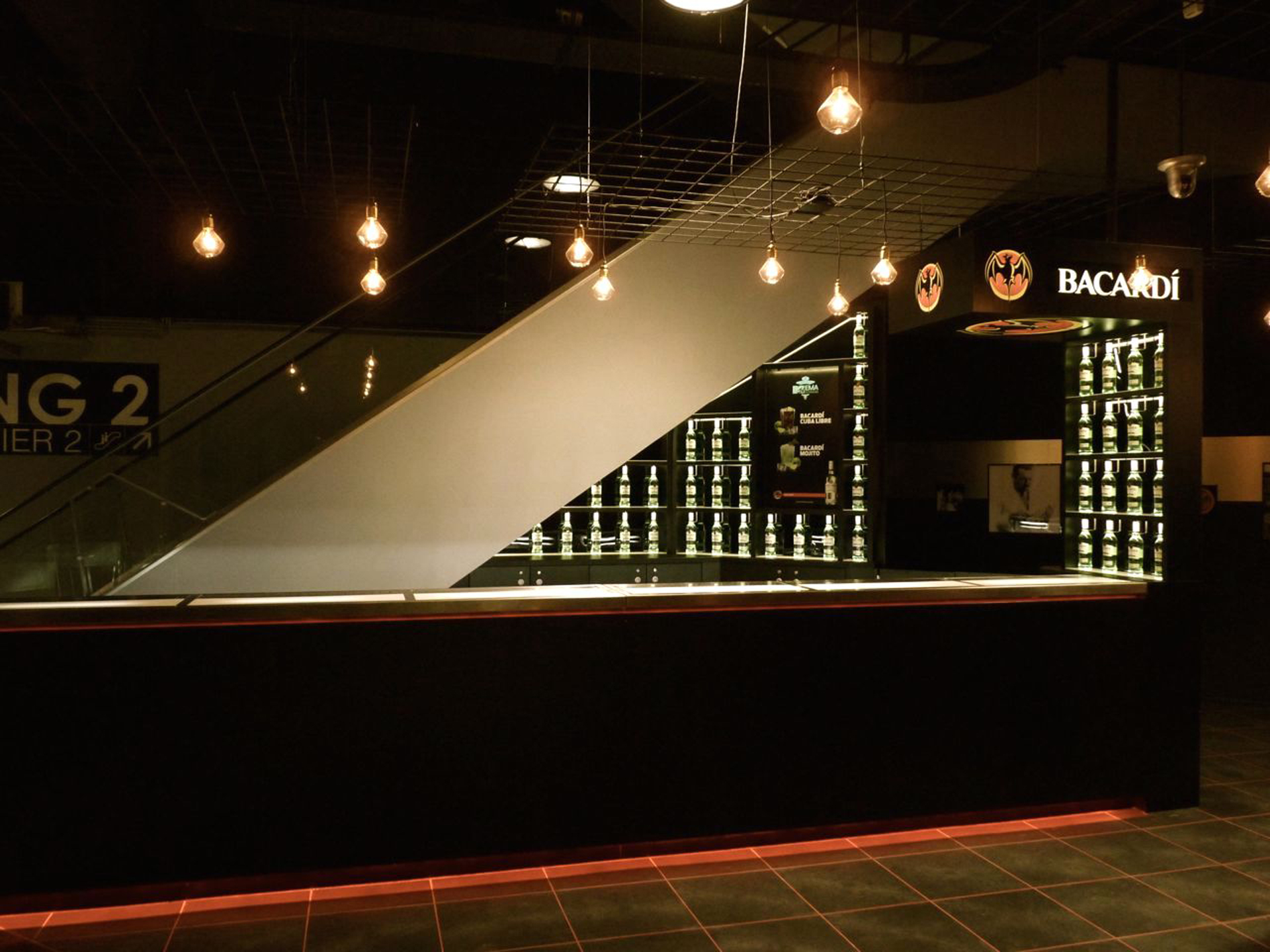 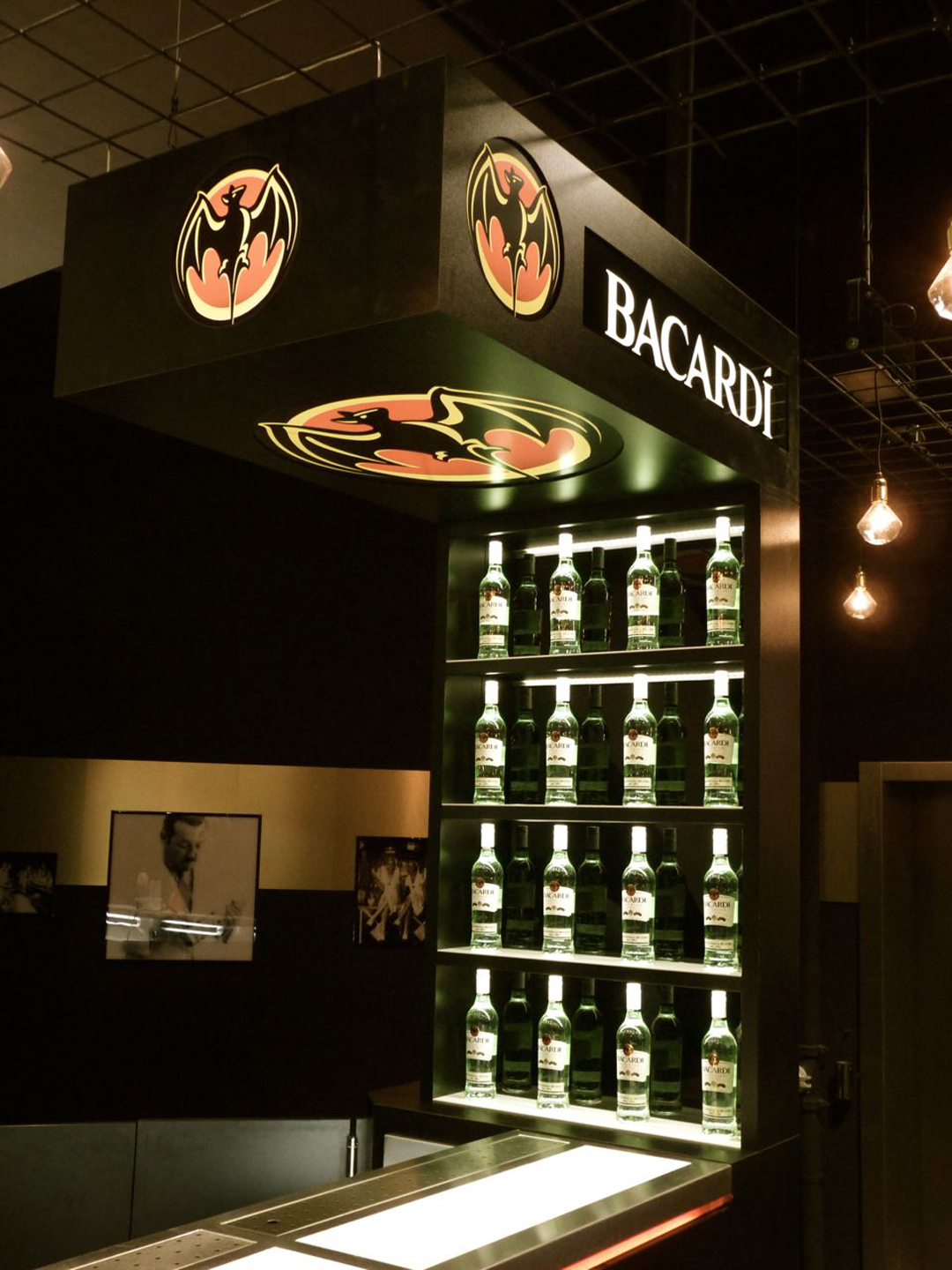 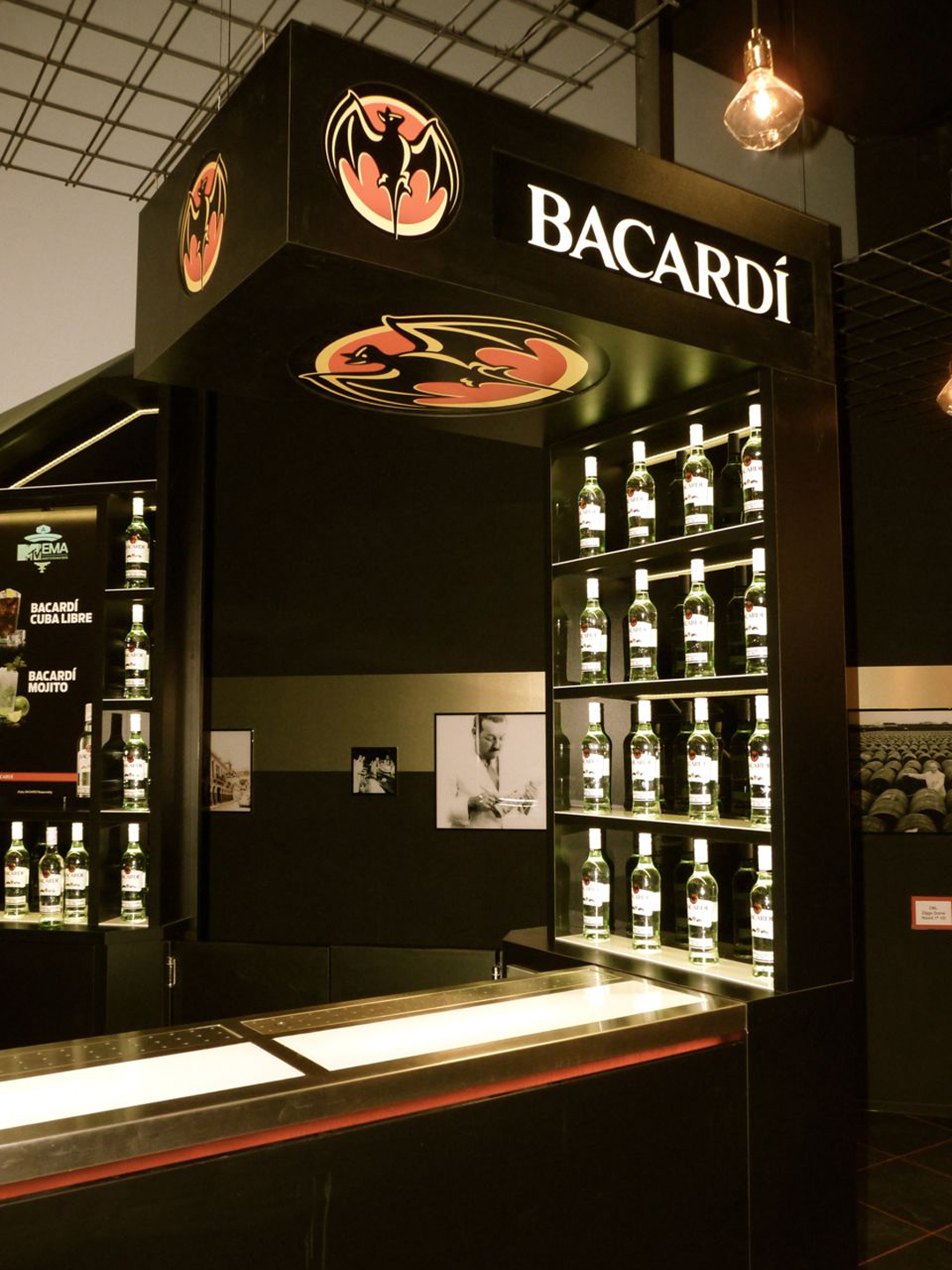 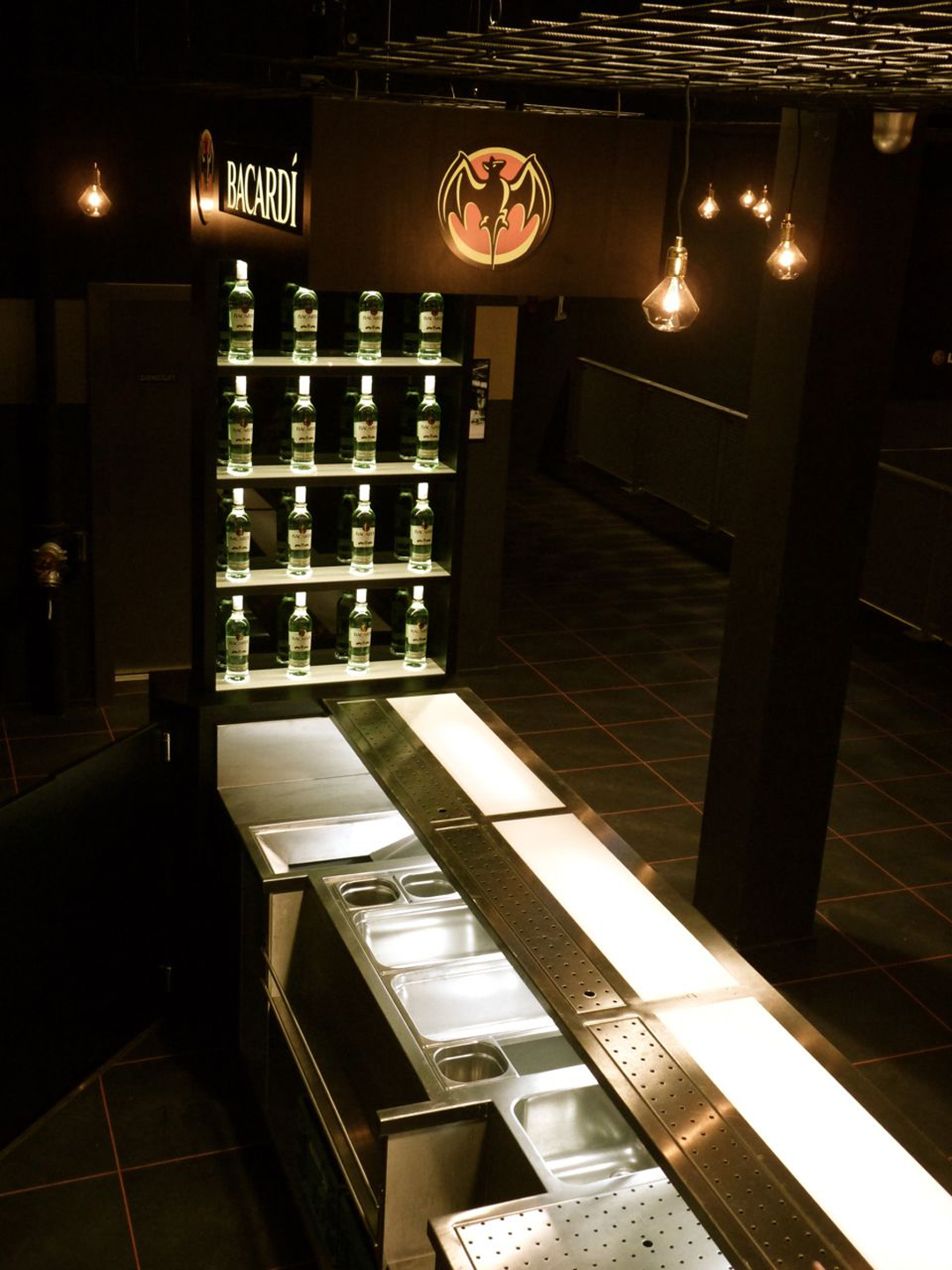 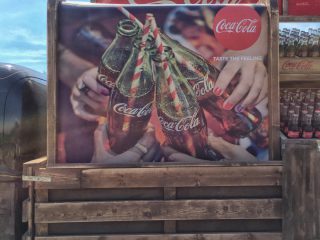 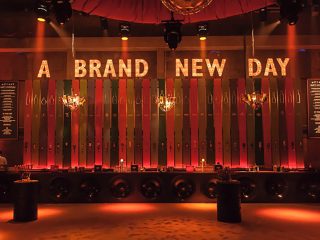